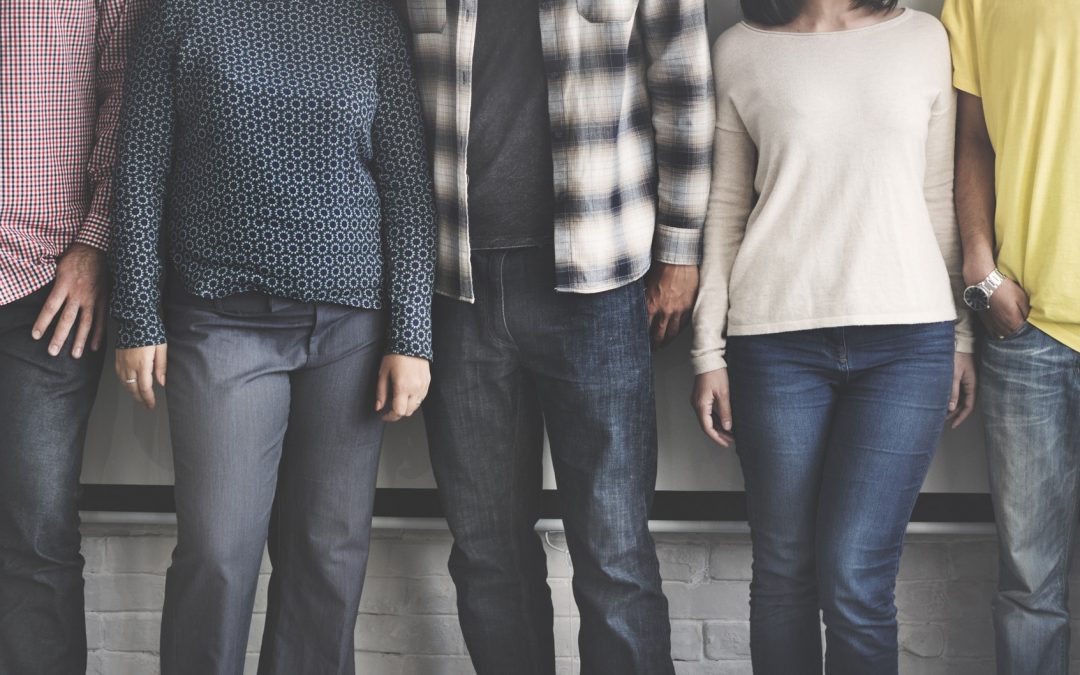 LinkedIn Leads and Social Selling: How We Got Here

The LinkedIn Social Selling phenomenon is yet another recent development in the changing world of sales, especially business to business sales.

In the past, the idea was that salespeople had the power, so if you wanted to get widget from XYZ incorporated, you would have to find XYZ Incorporated’s information in the phone book or in their advertisement right in the newspaper, and then you would reach out to them.

Once you reached out to them, then they would have a salesperson get back to you. Remember this? You just might as well have been talking to an answering machine because the big crux of this whole predicament was that buyers did not have the power (a.k.a the information). Make sense?

As the proliferation of technology made the idea of information for everyone a cliche, the power dynamic shifted from sellers to buyers. While this isn’t to say sellers are powerless, they just don’t have the hypnotist’s sway over a captive credit card-holding audience a la Thighmaster Gold.

If you’re selling anything these days, you how people love to talk about all of their options!

So doing the whole LinkedIn leads thing represents just another point in this critical shift in sales and the general sales environment.

As people come to terms with this shift, they’ve reacted in a few different ways.

One of the ways they’ve interacted with this shift in the sales environment is to try to shift the flow of selling. An example of this is inbound marketing versus outbound marketing. Inbound marketing is about getting buyers to actually start communicating with you via content. The idea is you’ll be fielding calls versus having to call up people on the phone, which is probably not very effective these days or at least it’s a lot more obviously annoying to the majority of the public.

I mean, just ask yourself, when is the last time you received a cold call(from an actual person). Now, if you can remember that time, answer this,

Did you enjoy the call and did you buy? If the answer is no for both of those, then I think we need to consider how effective that sort of strategy is.

Likewise, let’s talk outbound marketing, things like ads, commercials, and billboards. Think of the last time that you encountered an advertisement. Maybe it interrupted a video you were watching, maybe it interrupted a blog post you were reading. When you think of that ad that you encountered, how did you feel about the ad? Did you enjoy it? Did you interact with it? Did it make you want to buy? My guess is the answer, again, for these questions is “no.”

But content marketing strategies and the like can take nearly one year of consistent execution before you see the sort of fruit that makes salespeople and consultants mouths water.

We don’t just have to post and pray or have patience of an imprisoned Paul. We can, like the Little Mermaid, go to where the people are: social media.

* 75 percent of the business-to-business buyers use social media to make buying decisions.

* 50 percent of B2B buyers use LinkedIn as a source for making purchase decisions.

Reacting To The Selling Shift

Outside of these marketing strategies, there is another less obvious way business people have reacted that is detrimental to sales teams and individual entrepreneurs: downplaying the sales process.

It seems more more common in the creative and tech worlds– but essentially it’s when an individual or group decides to focus on all other business activities as though sales will take care of themselves.

You can understand the feeling. Moving ahead in this new buyer context with the informed buyer, people say to themselves, “Okay, outbound marketing techniques are not really working and ads annoy me, so let’s just downplay the sales thing.”

In my world of getting businesses sales calls with LinkedIn, this looks like giving someone the sense they’re connecting for networking/friendly purposes when we’re just looking to score a sale. Don’t do it. If you’re in it for LinkedIn leads be up front.

That said, If your end goal is to be friendly with people and have them be friendly to you back then that’s fine. You’re primary goals is friends not finances. Feel free to work your system as you see fit, but if you’re talking about the buying and selling of goods, especially when it comes to business decision-makers and their teams, then downplaying the sale is just plain stupid.

I know this from experience.

When I began using LinkedIn to connect with decision-makers in the past, I used the friendly/networky method of first connecting with an individual then messaging them with relevant content followed with a few soft questions.

They would respond most favorably. Most people, 99 percent, want to help another person where it won’t be a major inconvenience. In the end, it wouldn’t take much to get a meeting or coffee setup.

It would start out fine enough. On a customer’s behalf,I would say I’m expanding my business and I am trying to make new connections in their industry.

Then, like before, they would connect and I (like before) followed up by messaging in a friendly/networky way. While I was thinking all was flowing well I had forgotten the context had changed.

I wasn’t just a new guy in a new city looking for some marketing opportunities, I was helping a customer make a sale for their training, software and technology products. The minute that this person who thought they were going to do a good deed got the whiff I was interested in having a sales conversation, hostility and outrage (as much as can be expressed online) ensued. In fact, one technology director actually wrote,

“if this is a sales call, you are going to break my heart.”

After dealing with all that blow back and the negativity, I went over to my whiteboard, pulled out a marker and started doing a SWOT Analysis of my current strategy. I knew social selling worked, I just had to improve my approach.

You’re probably familiar with SWOT, which is an analysis of strengths, weaknesses, opportunities and threats.

In the matrix, I just wrote out the gist of what I was dealing with, whether they were the specific strengths, threats, weaknesses, or the opportunities of my situation at the time.

By doing that it became evident to me that my path at the time was not sustainable. It was getting stressful and hindering my performance. Because when you’re expecting a daily load of negativity in your customer’s inbox, you’re more worried about feeling like shit and looking like shit to your customer.

You also tend to avoid connecting with leads that you sought out in the first place.

Regardless, some think merely acting social is the best means of starting a buying relationship. The night before writing this post, I was at an event with an executive coach and we ended up talking about using LinkedIn for sales.

He was paying someone to build his connections on LinkedIn and and when I asked to his purpose, he suggested a strategy whereby he would linger online, dole out some information from time-to-time in order to gain trust, that is, until he could turn in his relational chips for cash.

I might have more empathy and understanding for this thinking if a mentor-ish of mine had not detonated a brain bomb between my ears recently. Among the fire, he shared that

When money is all that is on your mind, people can sense that and it repels them.

While social media is going to lack some of that hand-wringing intensity, it becomes fairly obvious when we’re being hit up.

Case in point: I had a new digital marketing connection ask me a few questions about my approach to sales and marketing then proceed to make an introduction to a contact that would be “a good fit.”

What transpired was a frantic string of creepy messages from new said connection that reeked of veiled salesmanship.

No one’s surprised that business folks need to sell things.

I can’t lay the entire blame on this misguided individual and his accomplice. Have we all not oft quoted that unvetted truism,

Somewhere, some of us, have just associated sales, the business of business itself with the unsavory. We’re stuck between doing something we don’t want to yet must do.

Maybe that has to with the people of lazy intuition (and humanity) we’ve become and not the transfer of goods for gouda.

I use the word intuition because we must never forget the feel for what we do and the others we help.

So let’s stop the madness, business people do not mind being approached by sales individuals. It may frustrate them a bit but they would rather that because at least that upfront salesperson gives them a choice to say yes or no. If you decide to obfuscate the fact that you’re a engaging in a sales conversation, then you have removed their choice. And that removal of choice is what sets good people off.

Essentially, as human beings, we have two general ways of seeing the world when it comes to transactions. We see relational transactions and economic transactions. By starting up a friendly conversation and/or asking for general help, you’ve got yourself a sticky, sticky problem, enacting the relational side of transactions by signaling you’d like to start a relationship.

Here’s what I mean.

Imagine you are meeting with your in-laws. Your mother-in-law cooks this amazing meal for you, your significant other, and the entire family. Good times and good wines flow. Then you turn to your mother-in-law and say, “That was a great meal. Here’s $40 to cover it.”

What would happen next? Can you imagine all the music stopping? Have people stopped drinking? Is your significant other other staring at you with laser beams pouring through their eyes? I’m sure you can imagine all that and more because that’s what happens when you mix up a relational transaction with an economic transaction. They should stay separate.

Again, imagine going to a store, walking in and grabbing a brand new set of headphones and saying, just before walking out, “I’m just going to borrow this real quick.”

If we’re going to be economical, let’s just be economical. The master mistake of social selling (they’re aren’t many) is not being up front about the selling part.